....well apart from picking one up at your local supermarket or ice cream shop this is the easiest (and actually pretty quick - less than an hour) way for me to make a birthday cake! 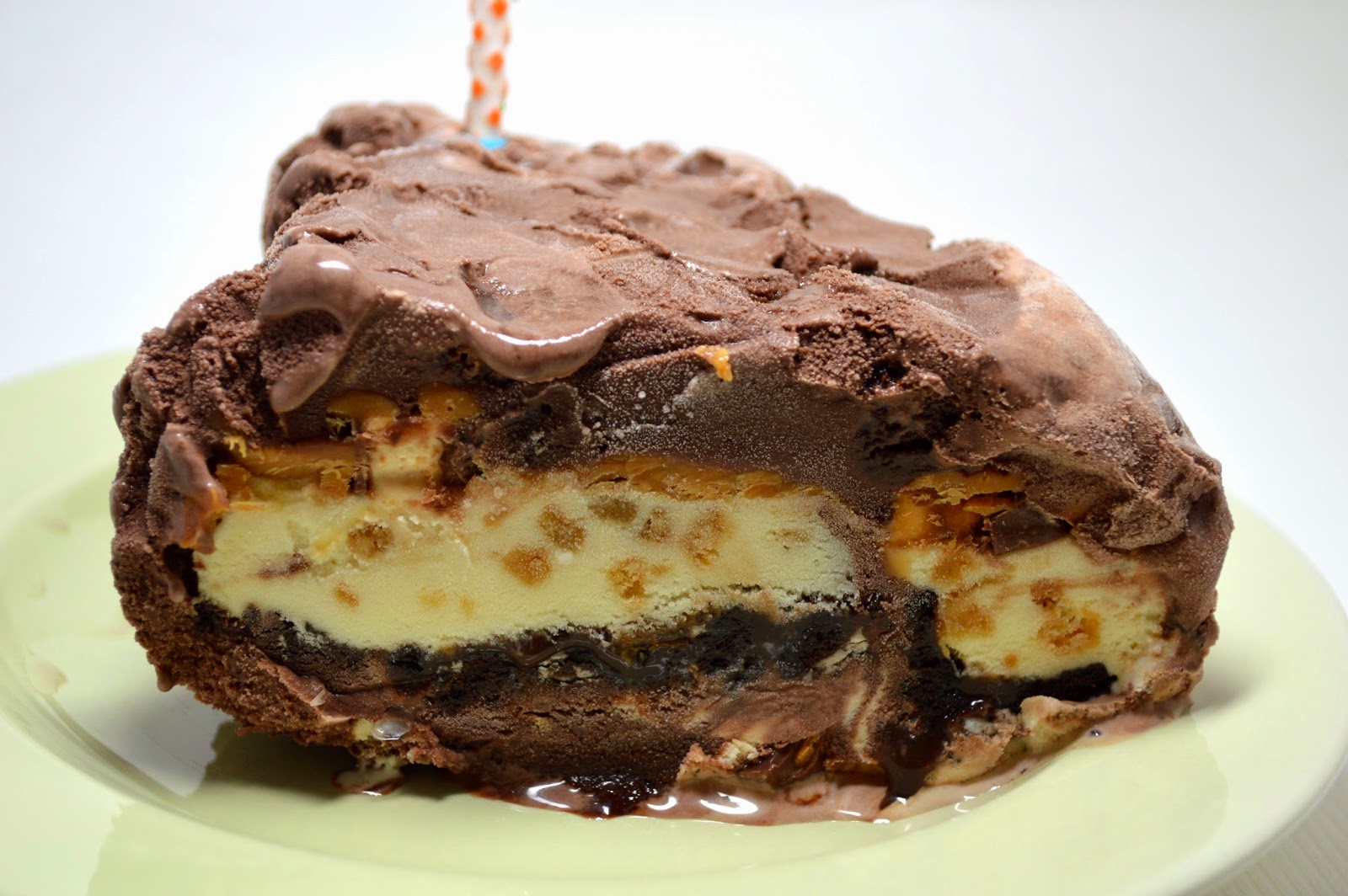 For my boyfriends birthday earlier this year (yes I'm just getting round to posting this now) I made this super duper ice-cream cake.  This cake is not for the dieter....what cake is?  Oh yeah rice cakes!!!  :o)

First the pictorial list of ingredients, as you can tell this is geared towards a chocolate-peanut butter theme. 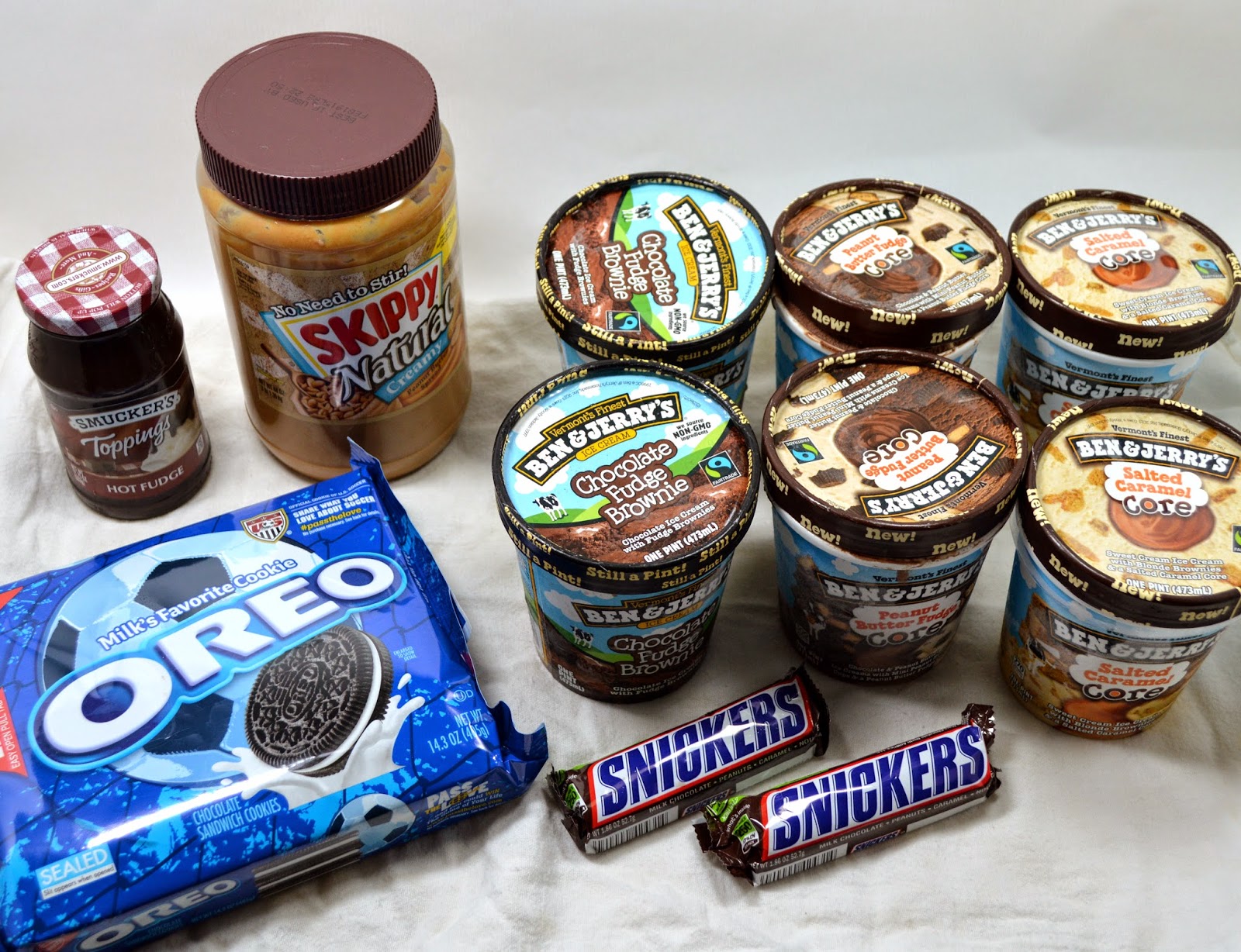 It's quite important to prepare all the chopping ahead of assembly so that you have everything ready to go.
I bought 3 different ice creams for 3 different layers.....I used a 10" spring form pan which measured about 2.5" high, in hindsight I would have chosen a pan with higher walls, the ingredients 'just' fit in!

This is a pretty messy job, so excuse the lack of photographs of each layer, I had ice-cream, fudge and peanut butter all over the place, so didn't want to keep picking up the camera.

Before you begin, place the cake pan on a double layer of kitchen paper towel with a layer of tinfoil underneath that to prevent drips and fold it up the outsides of the pan.

After chopping the Oreo's and Snickers into small pieces I softened the first layer of ice cream in the microwave a little, you just want it smooth enough to spread it....if I had the time leaving it out at room temperature would have been better.  You need to keep stirring it to make sure it's all the same consistency so do a little at a time.


I chose to put the only vanilla based ice-cream in the middle (like a sandwich cake).  I started off by putting the Peanut ButterFudge on the bottom, spreading it out evenly, then drizzling the (not so hot) fudge on top of that and scattering the chopped Oreo's on top of the fudge!

After the first layer is done you need to put the cake in the freezer to harden up before adding the next layer.

Next I softened the Salted Caramel flavor and added the chopped Snickers bars and melted the peanut butter before drizzling that over the top, don't let your peanut butter get hot as it will melt your ice-cream more than you need!  Back in the freezer to harden. 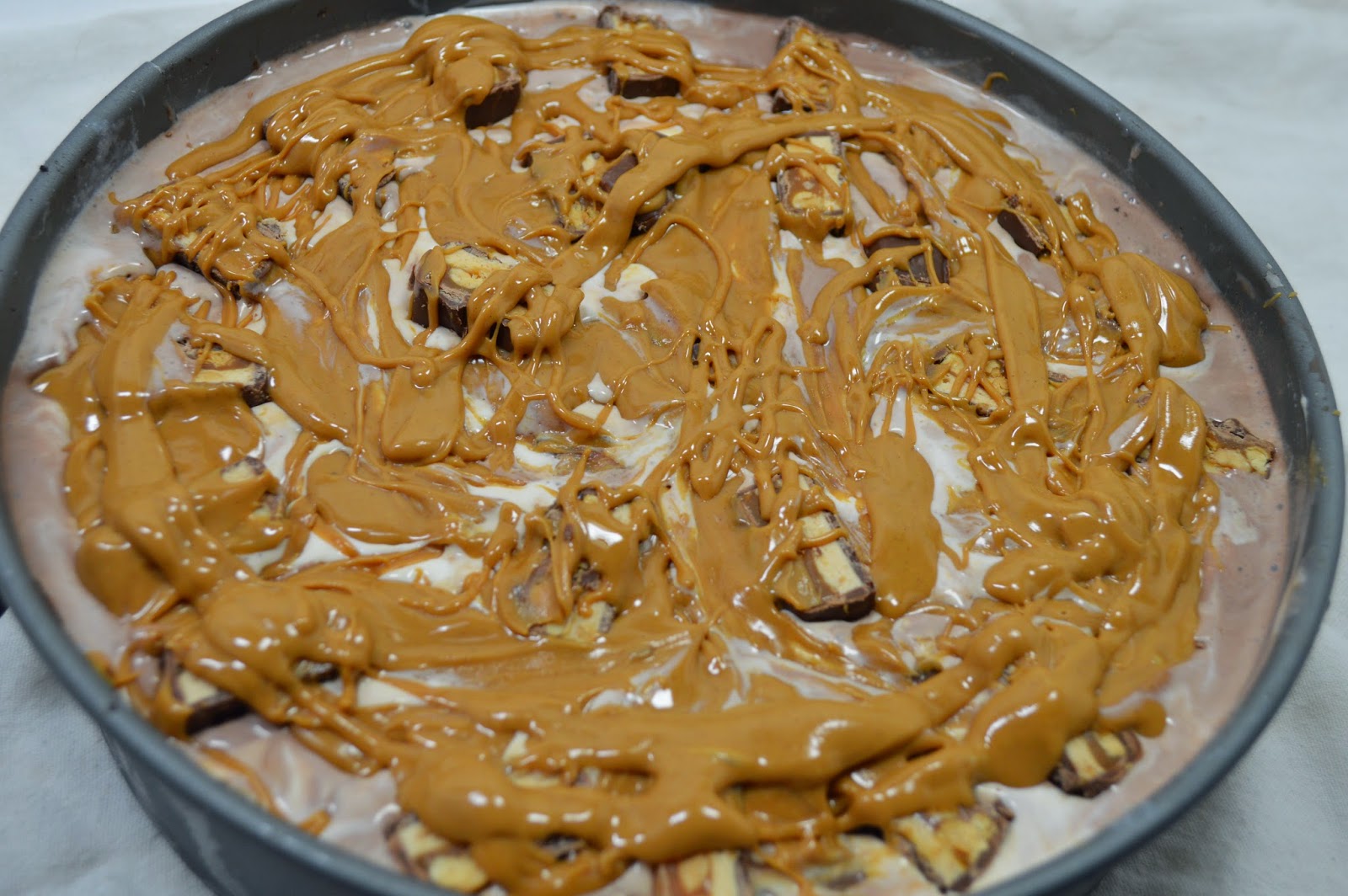 See how much room is left in the pan and I still had the final ice-cream to add!!!!  YIKES!!!

Finally I added the last ice-cream, the Chocolate Fudge Brownie.  If you want to add candles to your cake I would recommend adding the holders now before it gets too hard. 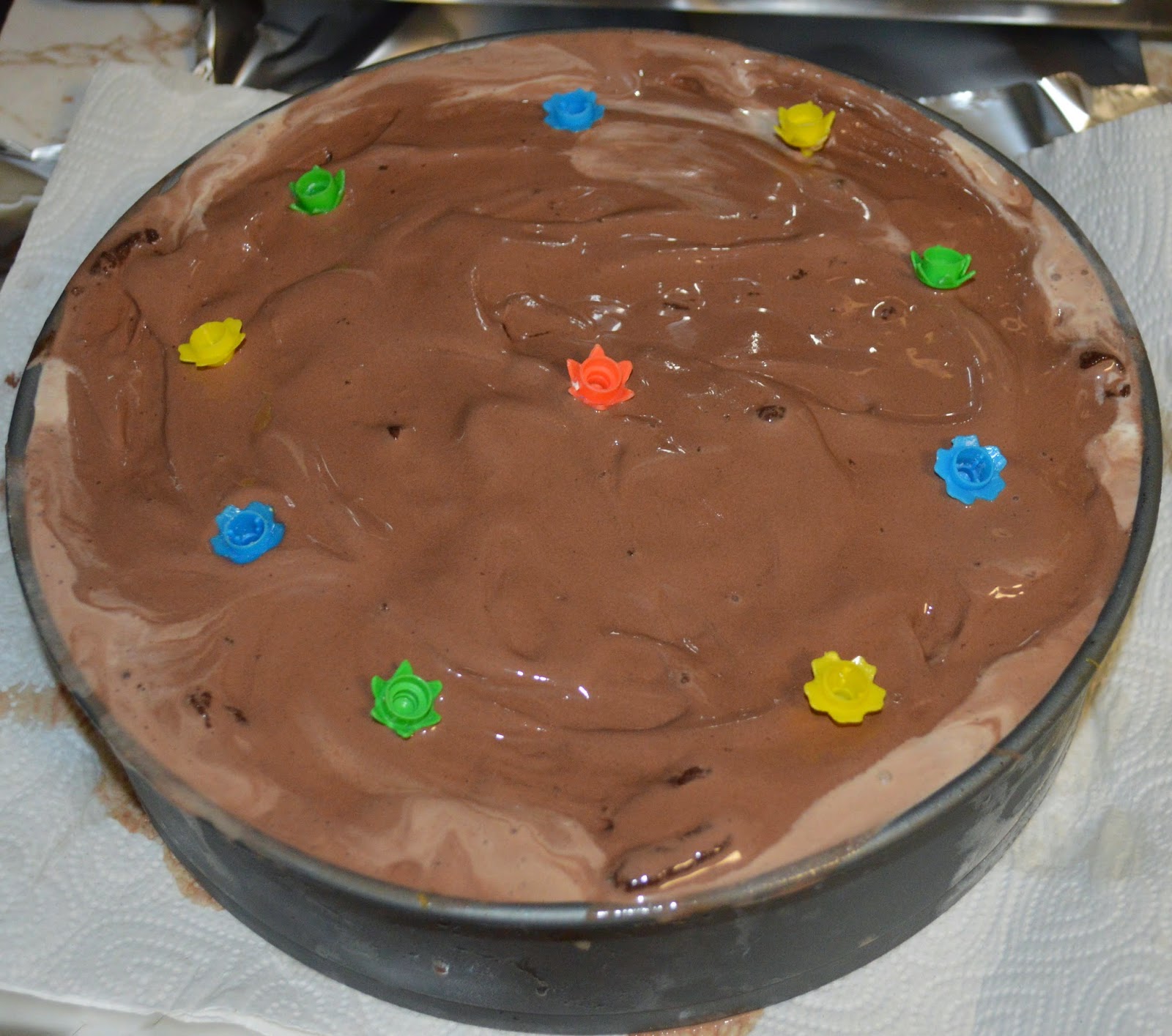 Back in the freezer before the party begins.  I made this a day ahead which I would recommend, you can't slice melted ice-cream.

And of course I was so busy with everything the day of the party that I forgot to take a picture of the assembled cake out of it's pan!  But I did remember to take pictures of a slice or two the next day! 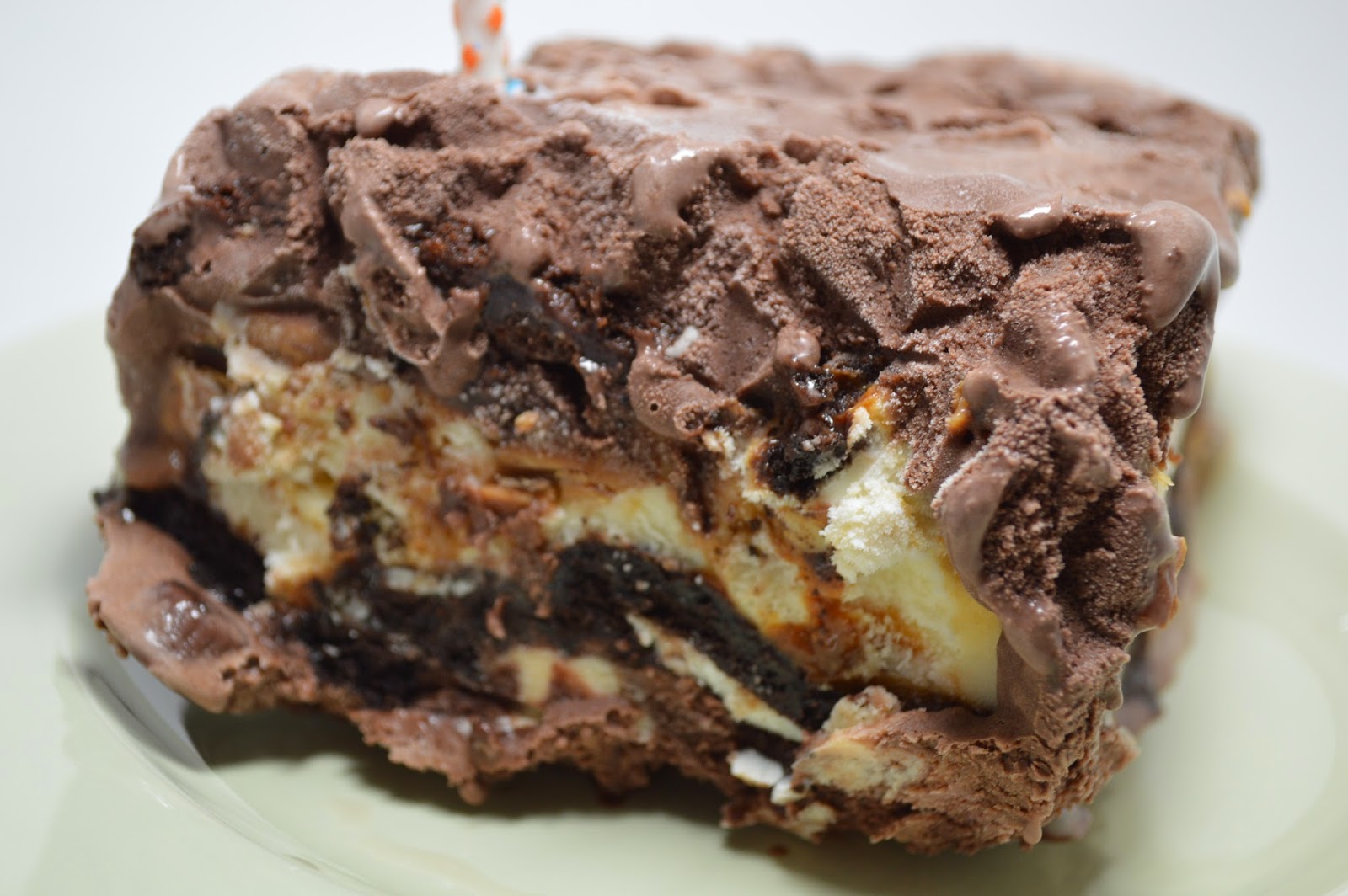 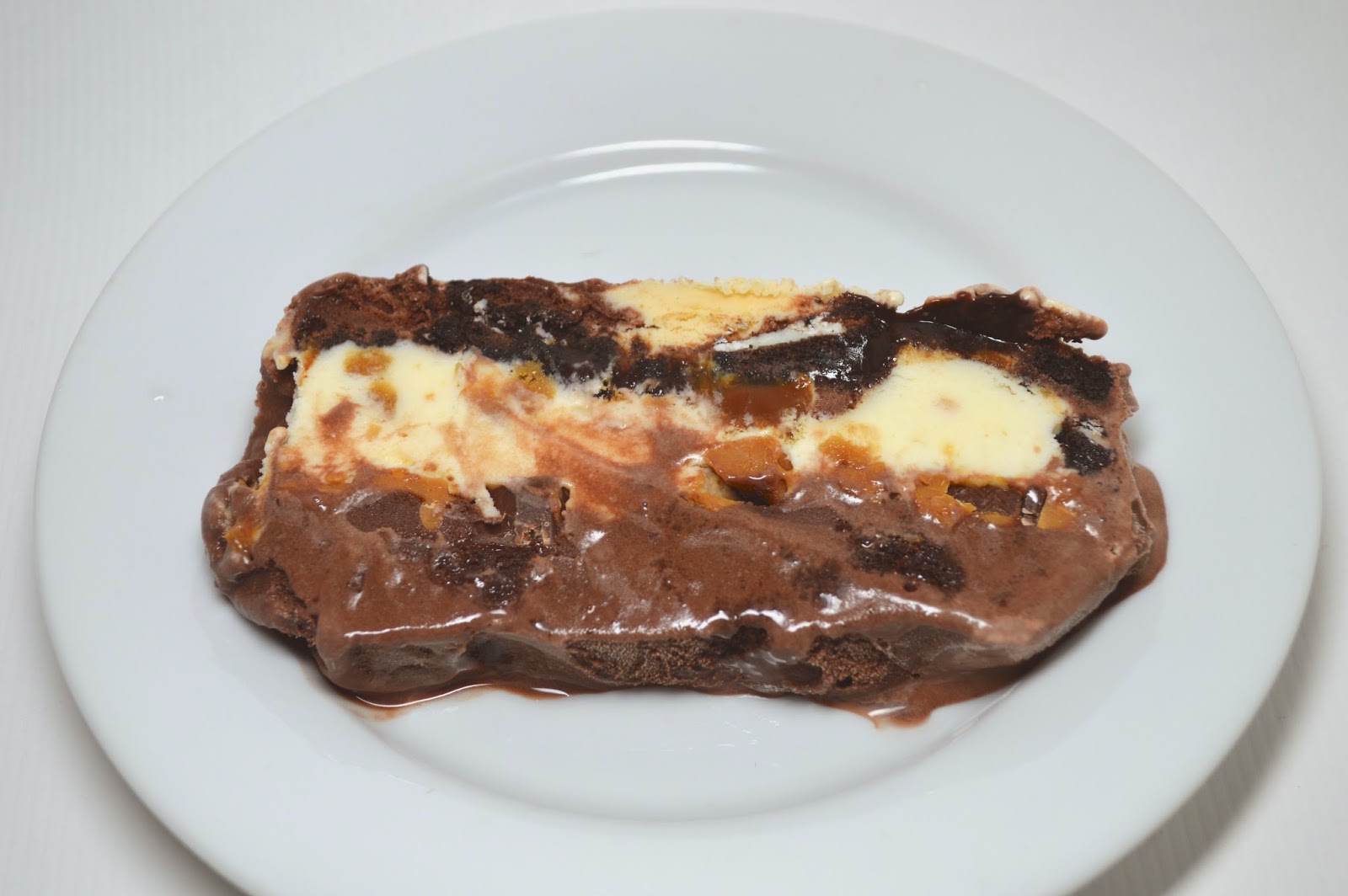 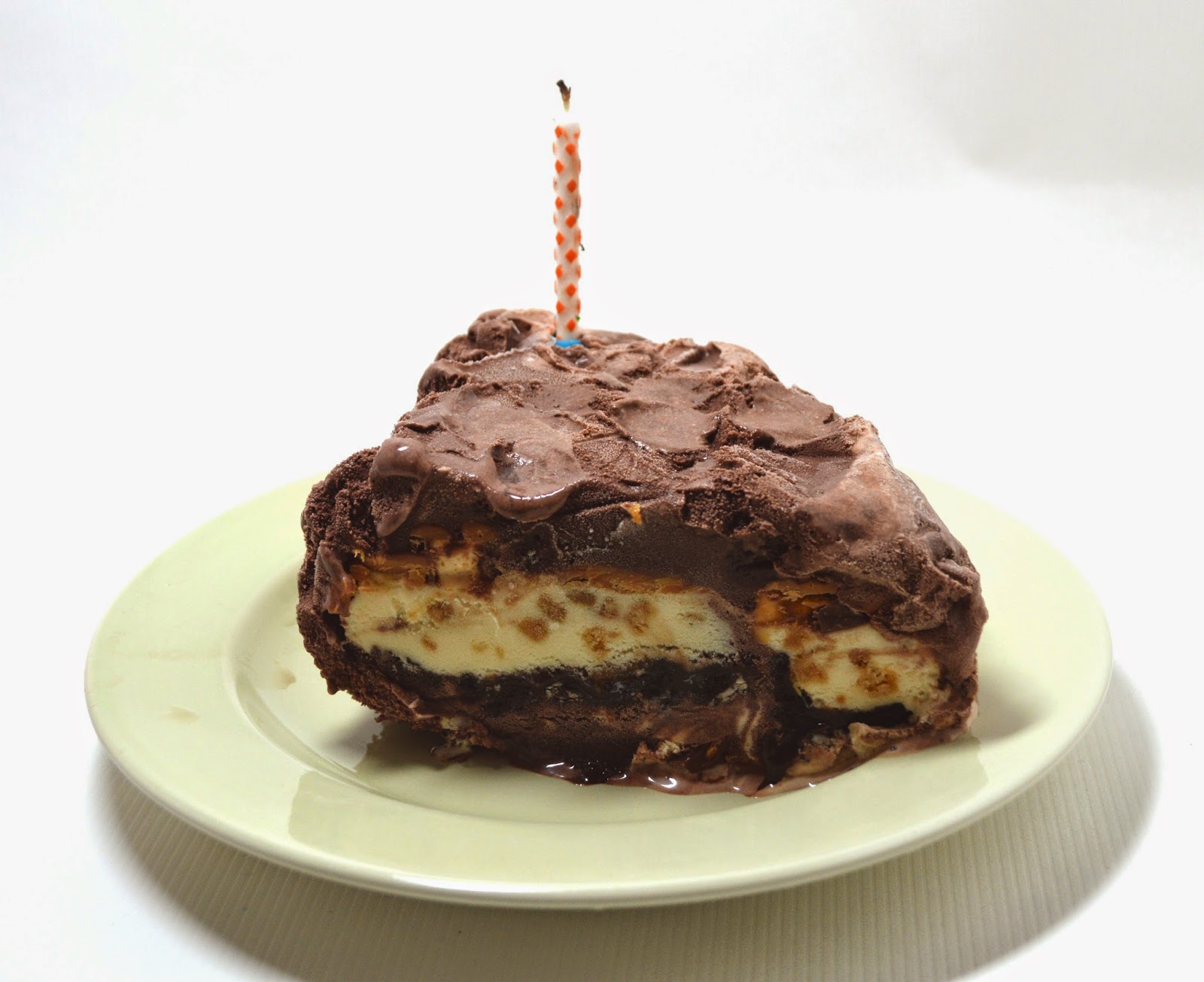 Posted by Louise at 9:16 AM No comments:

Just popping in to let you know there are new items in the shop.....and I will continue to add more as the weeks go by.  The shop has been closed for the last 2 weeks as I spent time in England with family.  But I'm back with a new level of drive to get this Etsy shop jam packed in time for the holidays.  If you can't find the following items in the shop that just means they're coming soon!!!!  And you can always email on Etsy if you see something you want but can't find it! 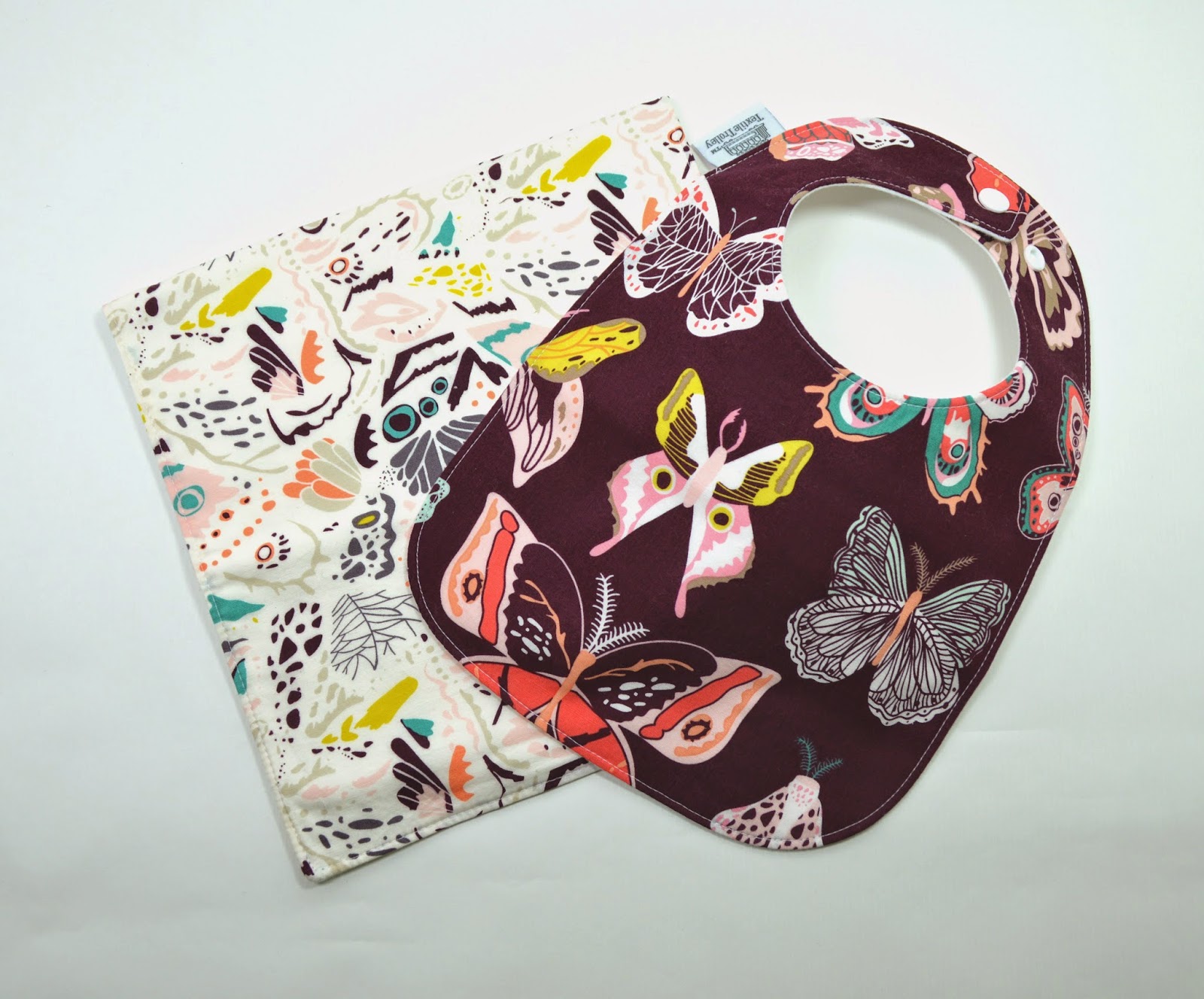 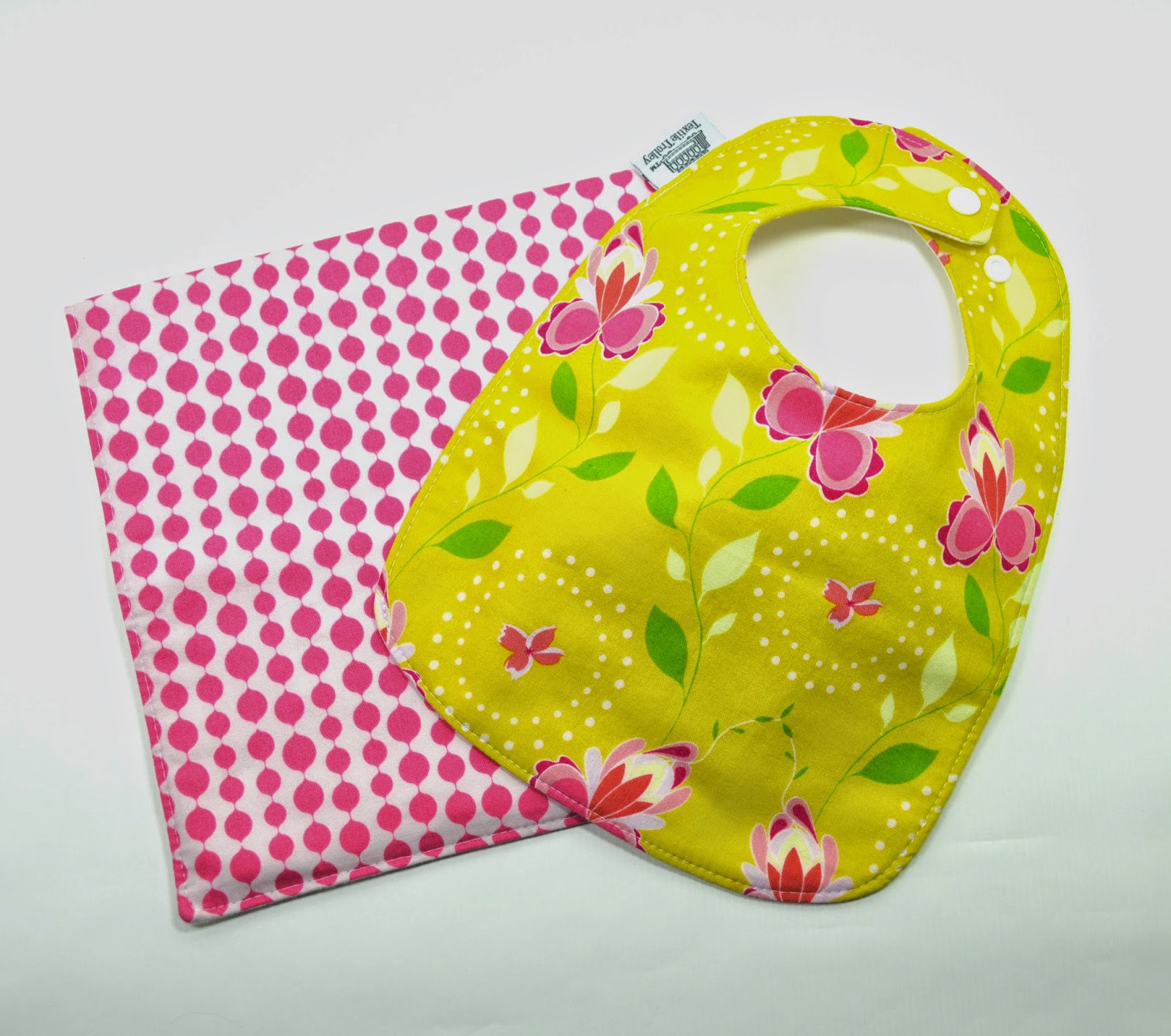 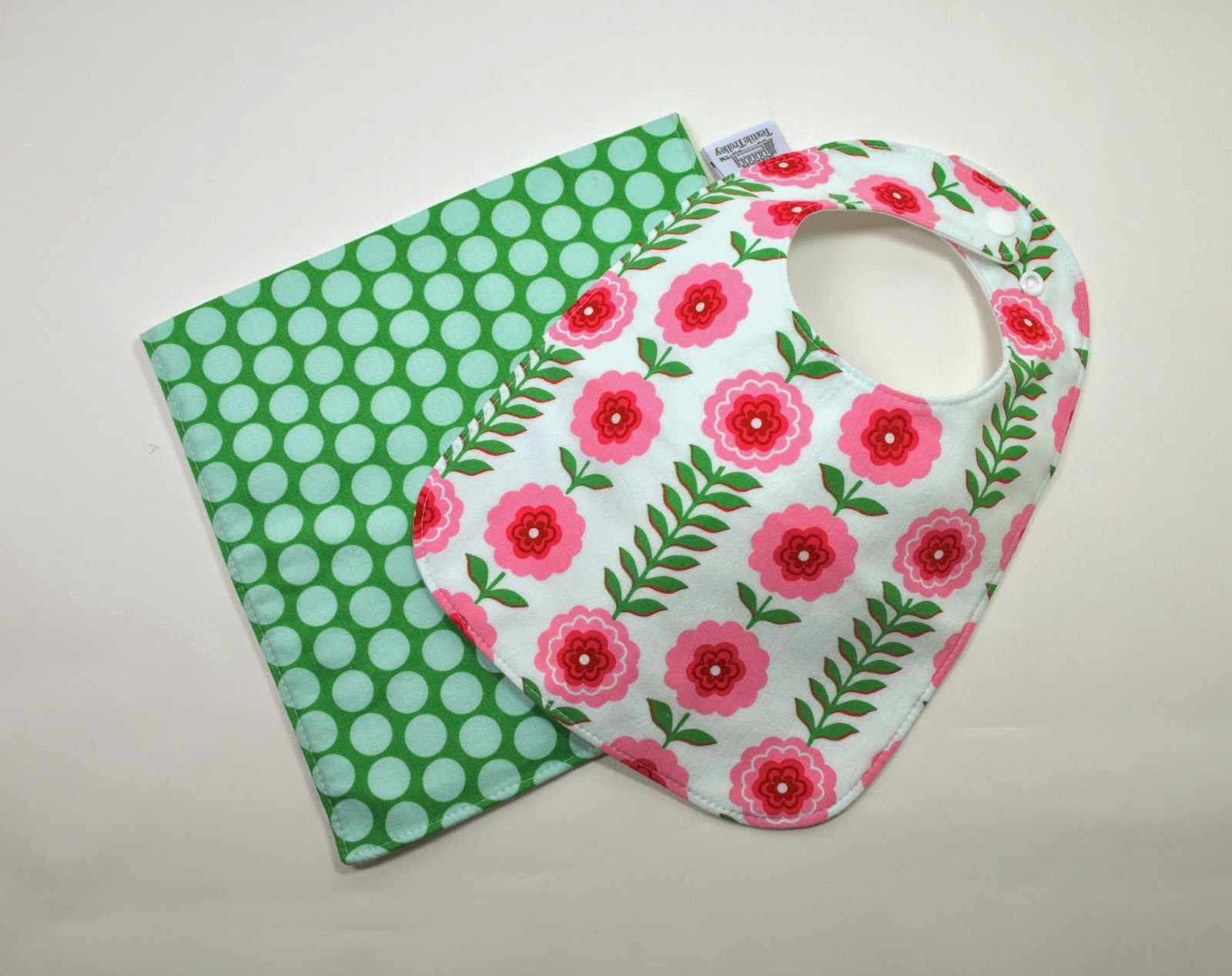 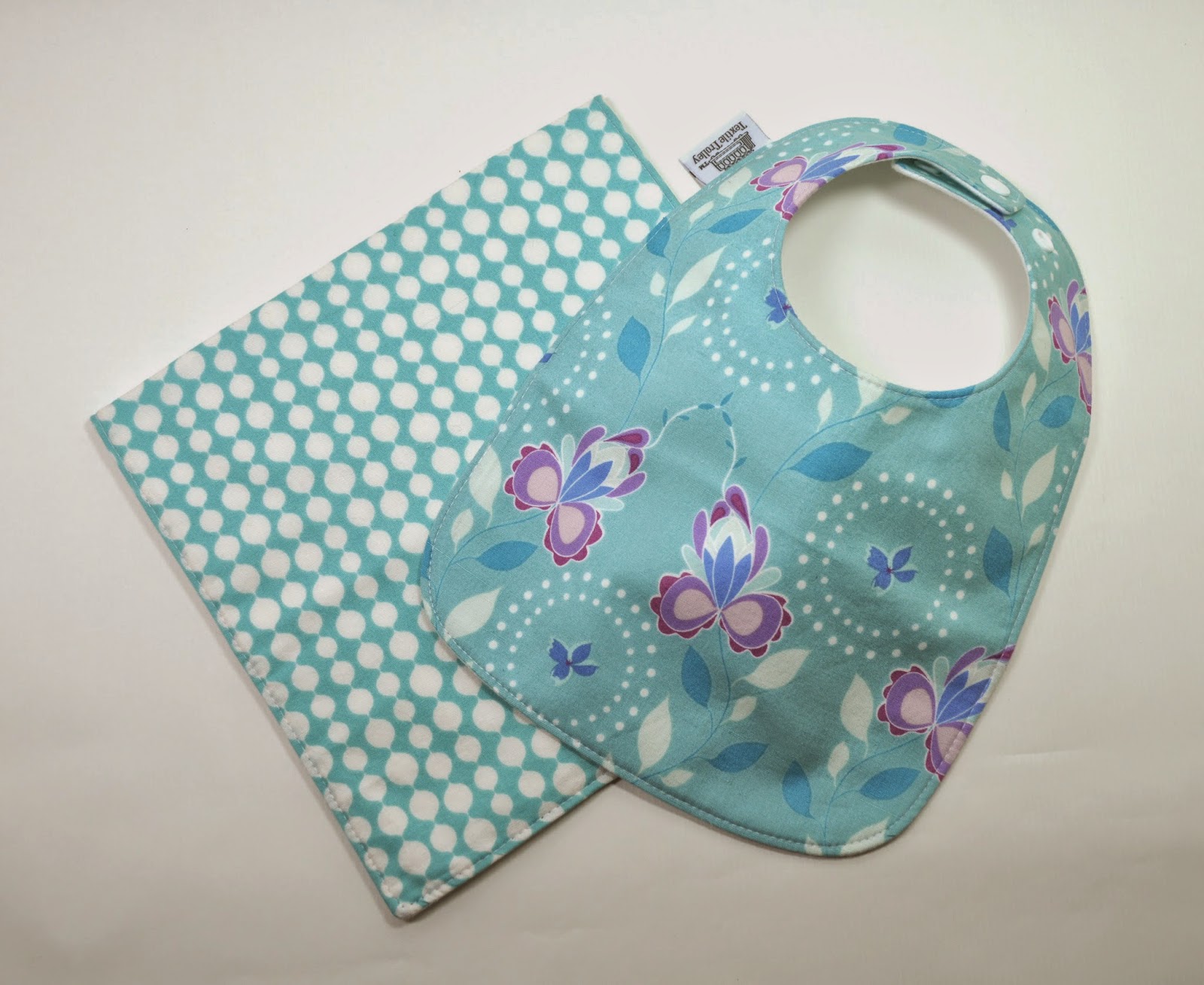 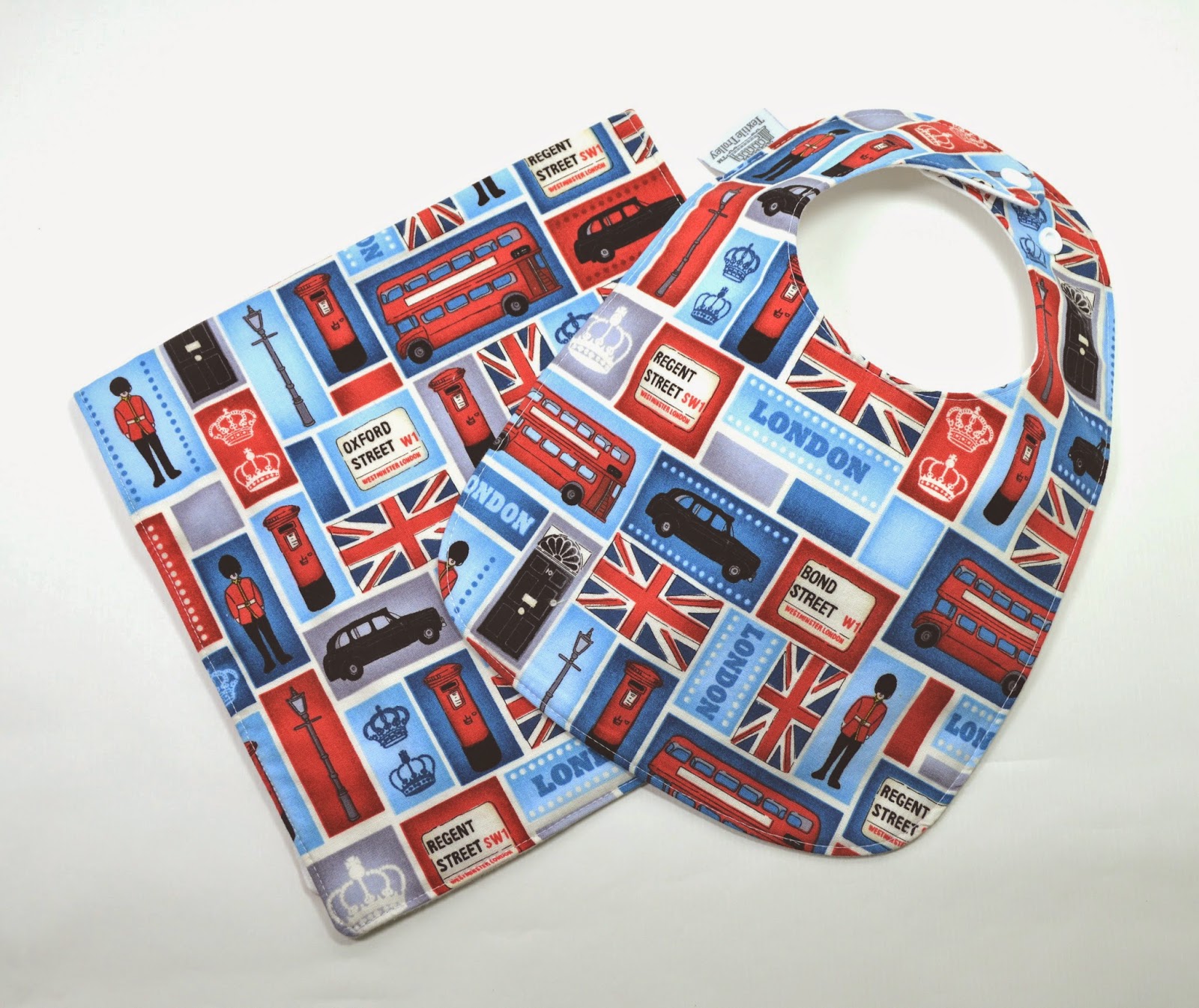 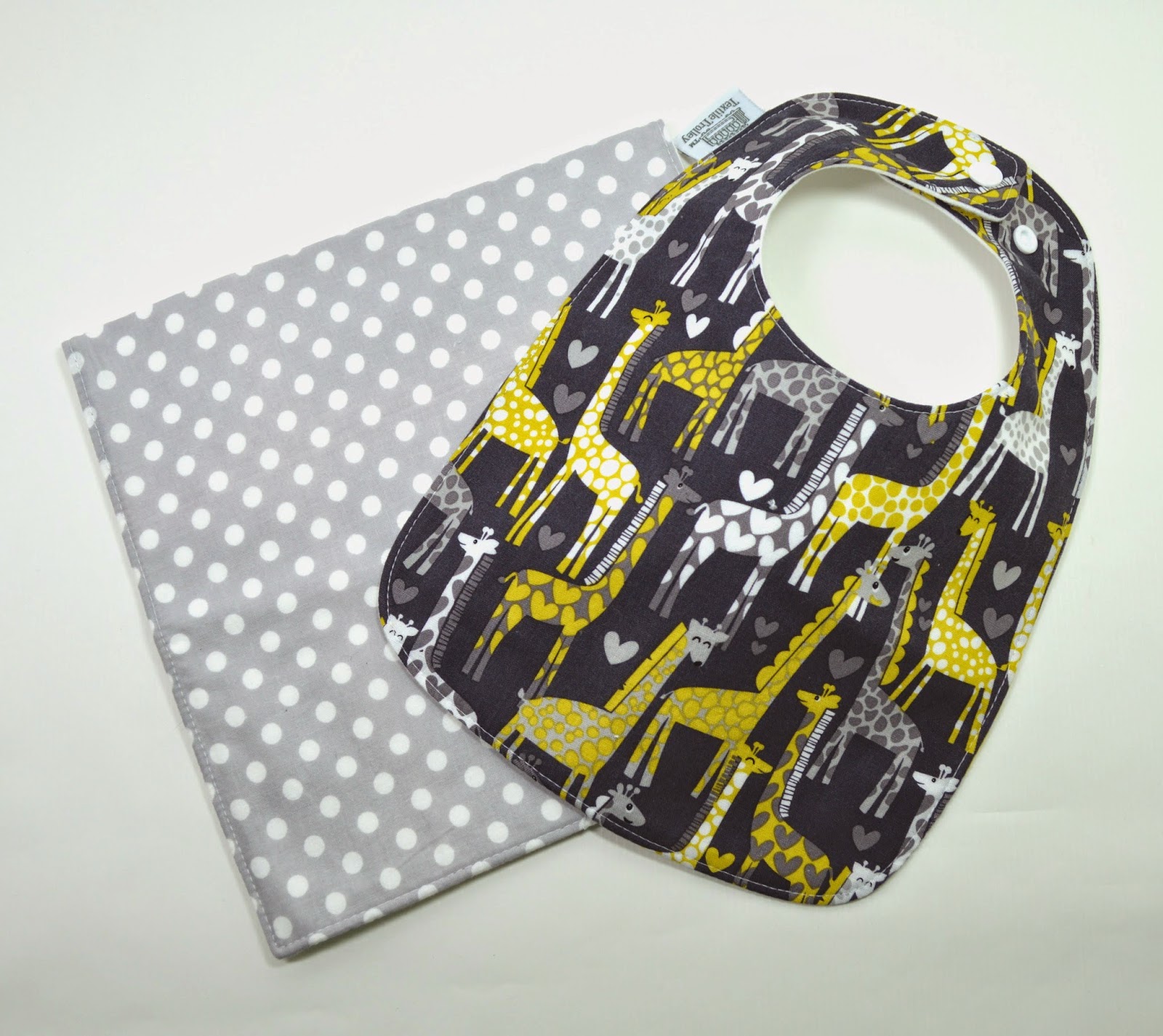 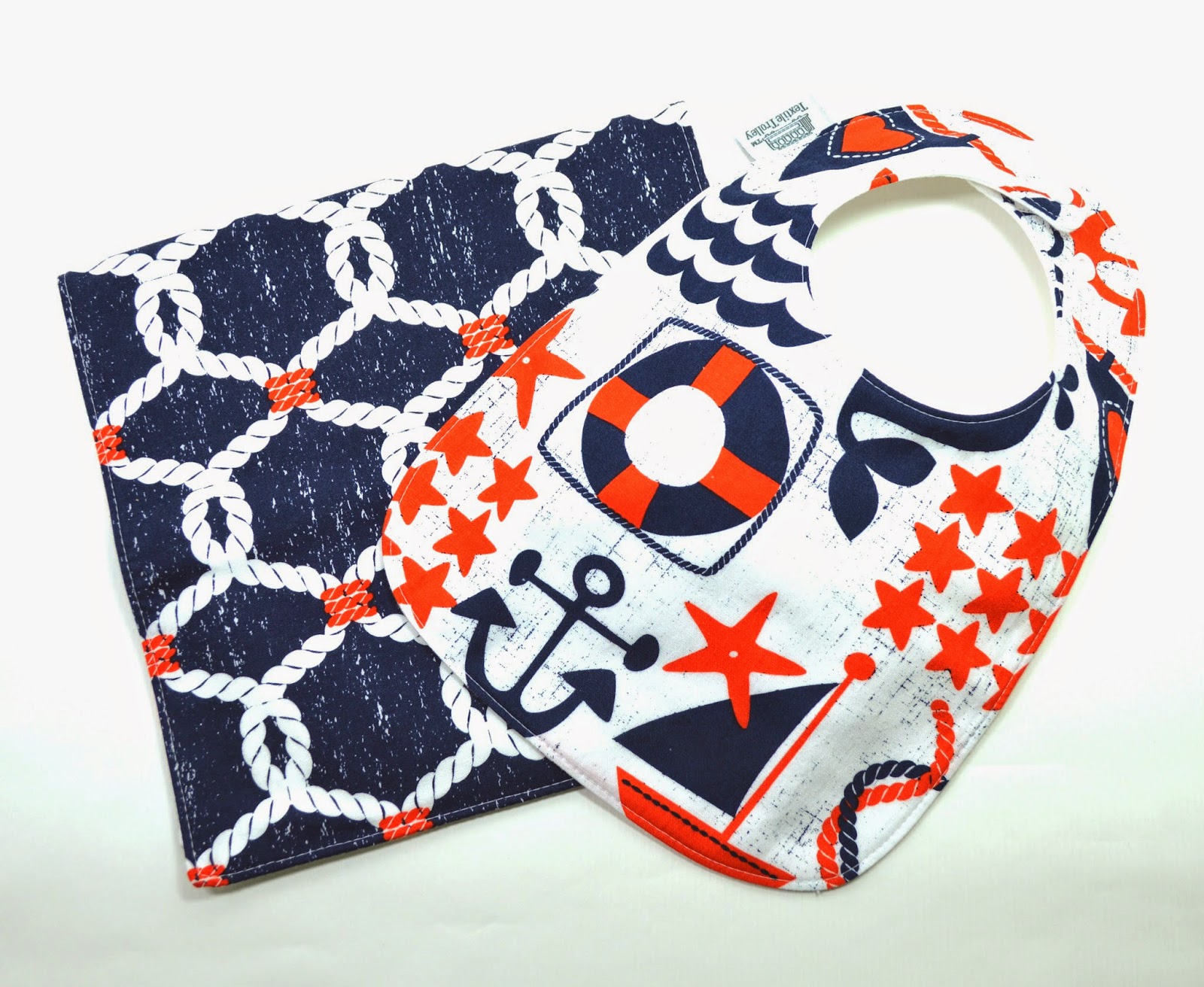 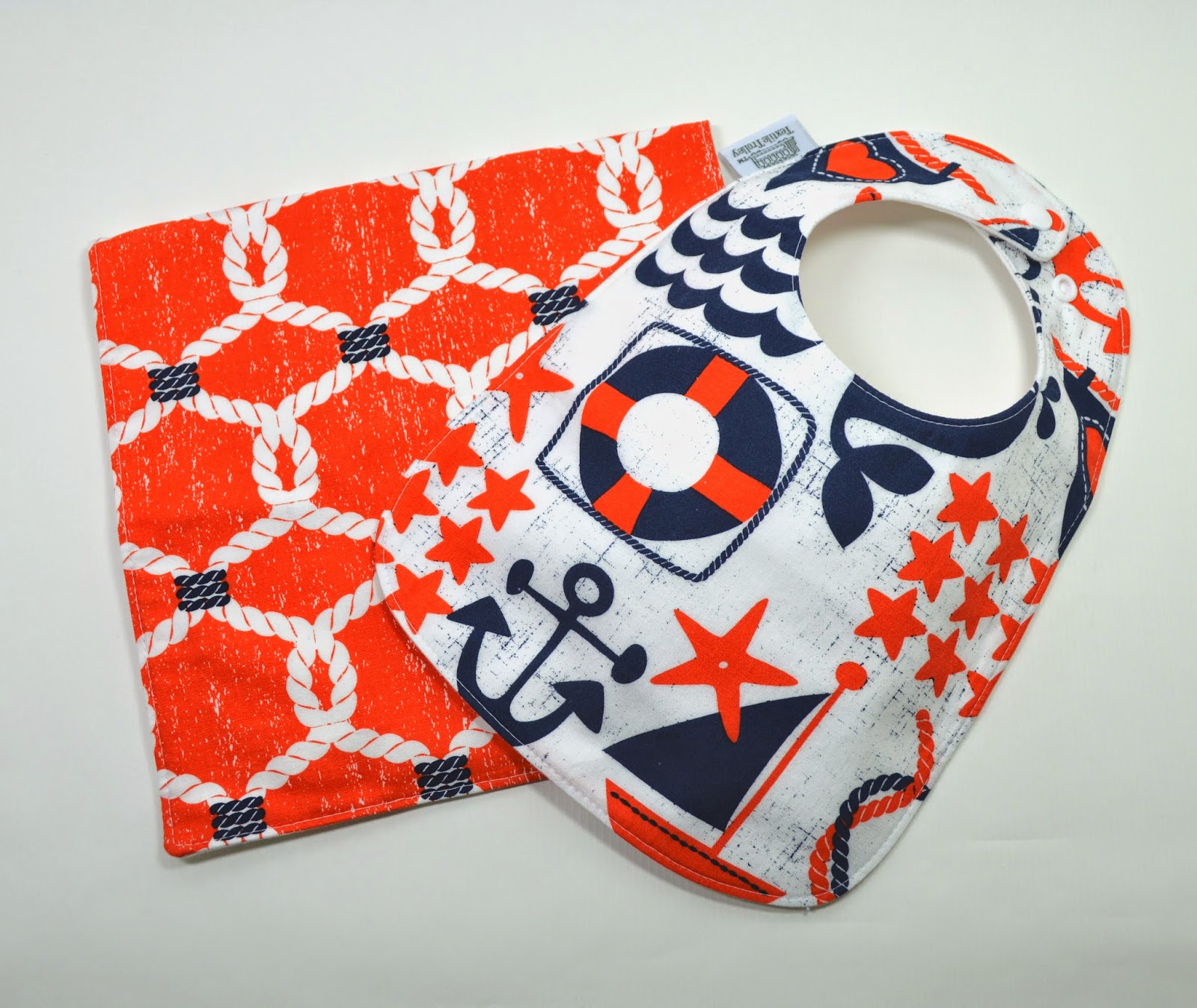 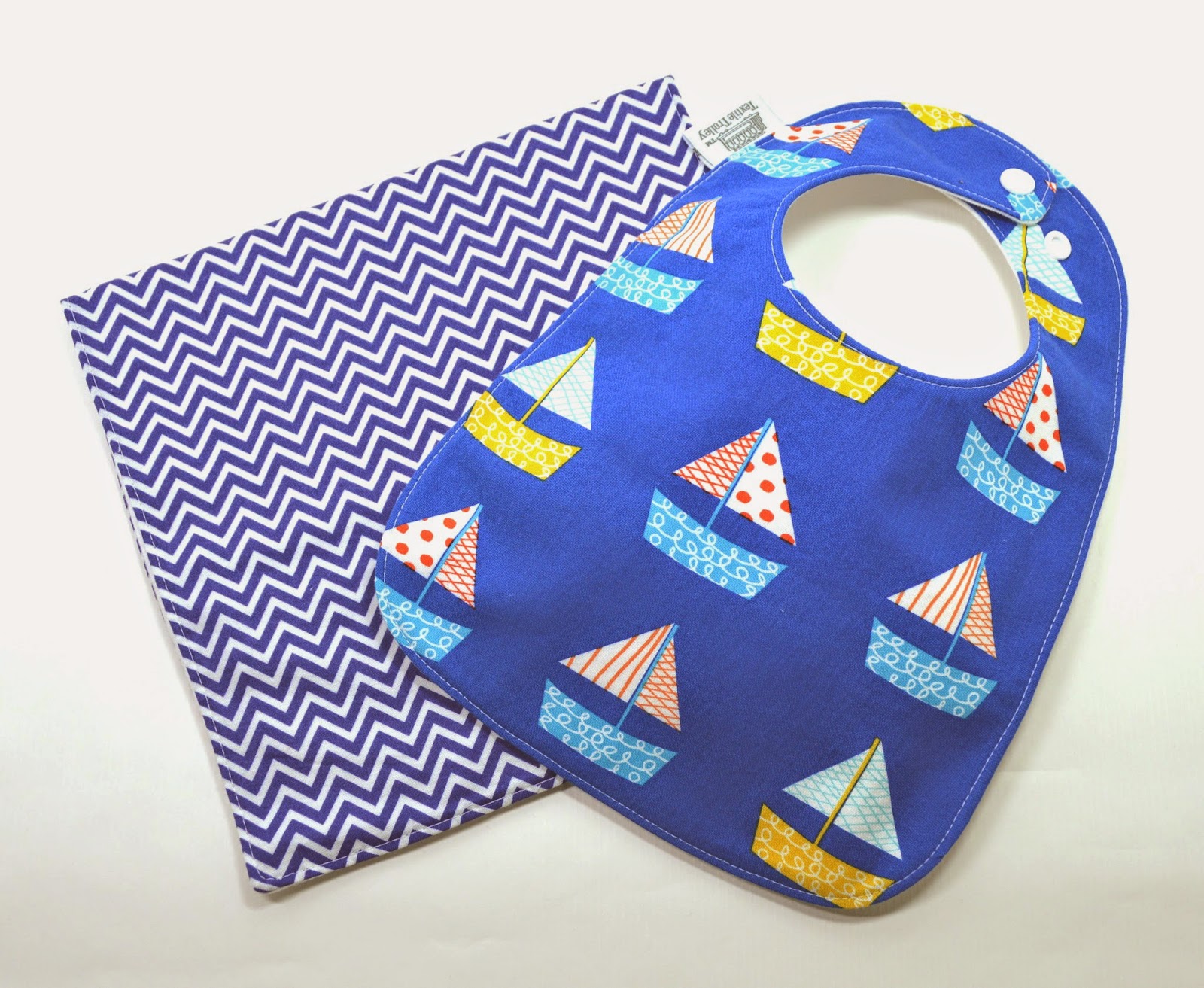 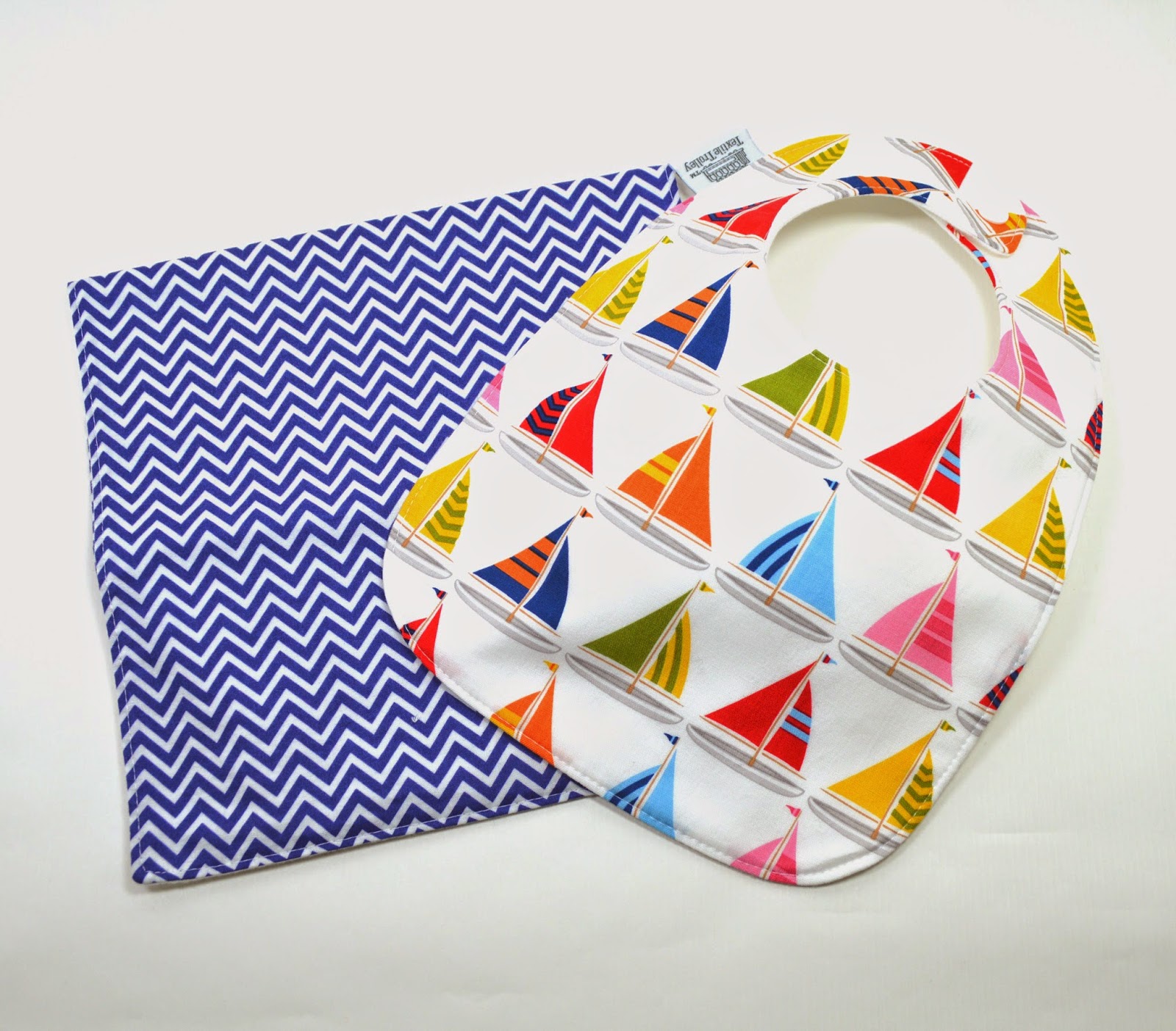 Louise
Hi I'm Louise, a Norland Trained Nanny with 20 years experience. I am originally from England but now live in Northern New Jersey. I have a plethora of experience with children of all ages and through this blog I hope to share some stories and advice that may help you with the children in your life. I am also a huge sewer/crafter so this blog will feature some of my favourite items to create also.